The ORCA Duals took place on March 10, 32018 in Ashland, OR and featured a triple dual between senior all-star teams from California, Oregon and Washington.  This year for the first time also featured a women’s division.

California won the men’s competition while Washington won the women’s division.   The results from each dual are listed below. 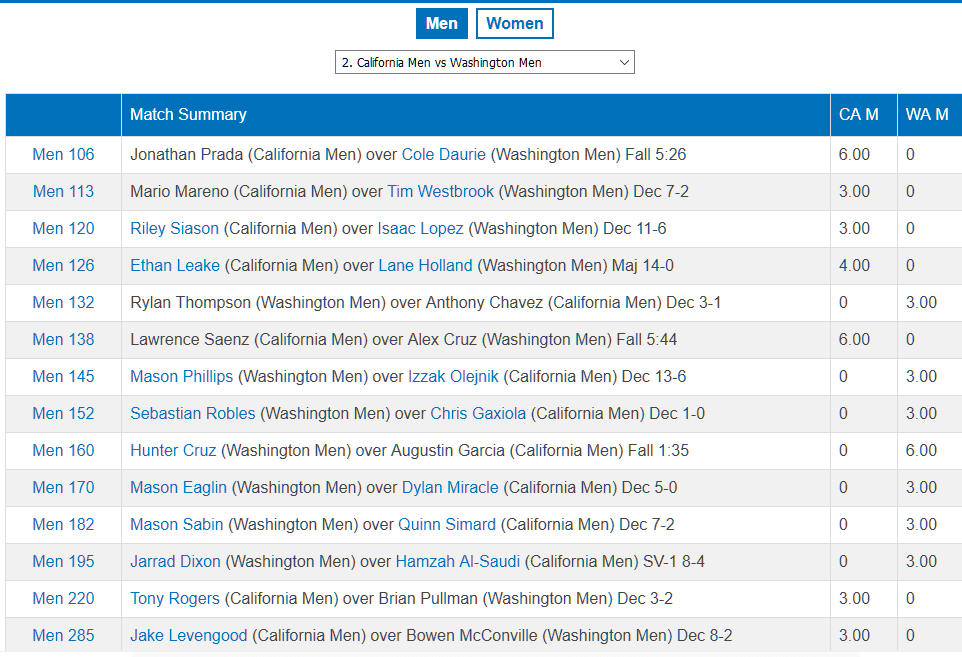 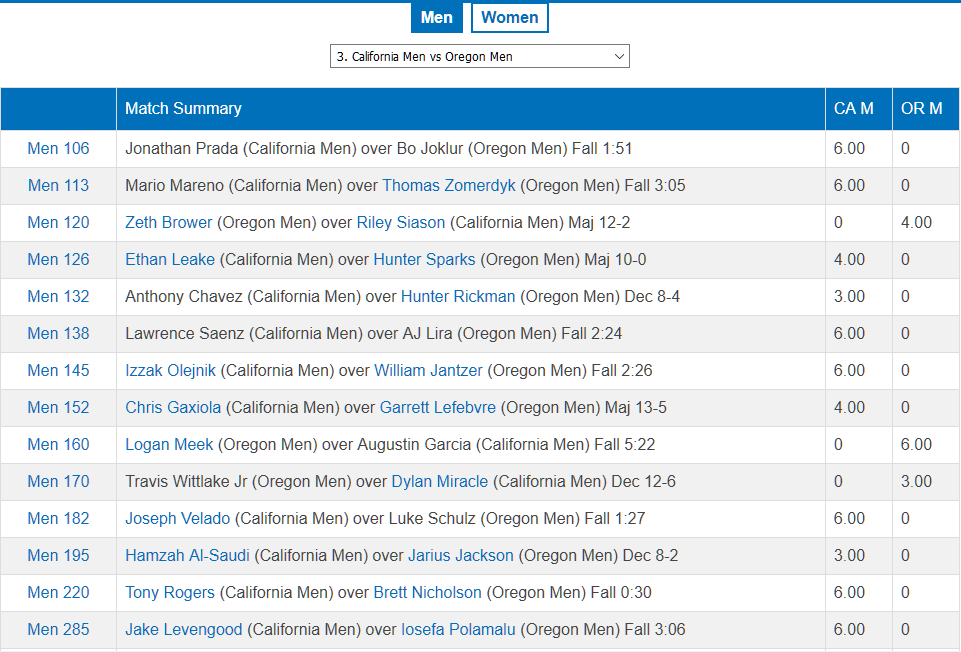 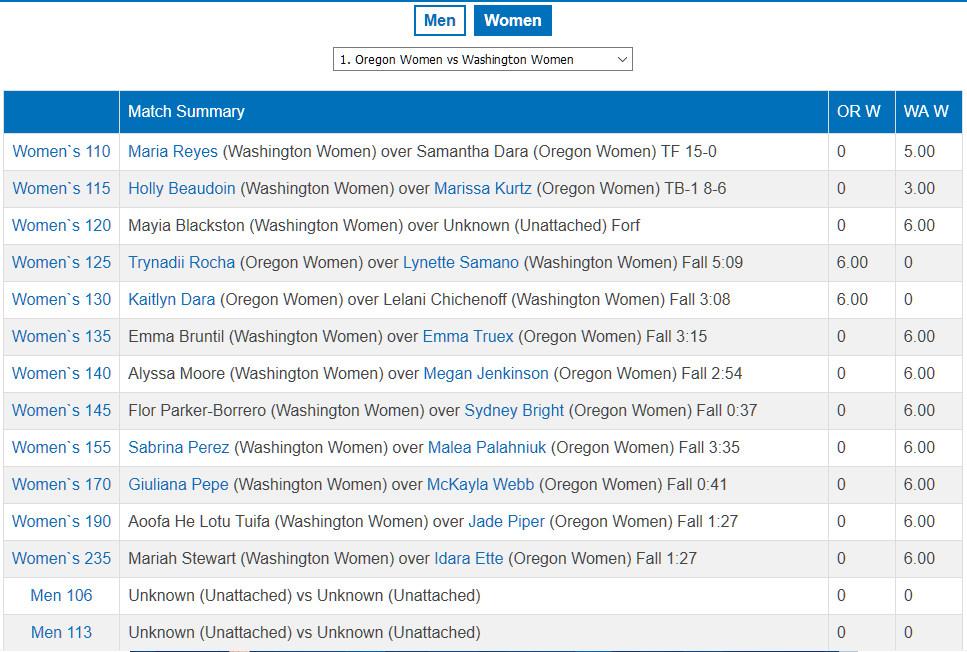 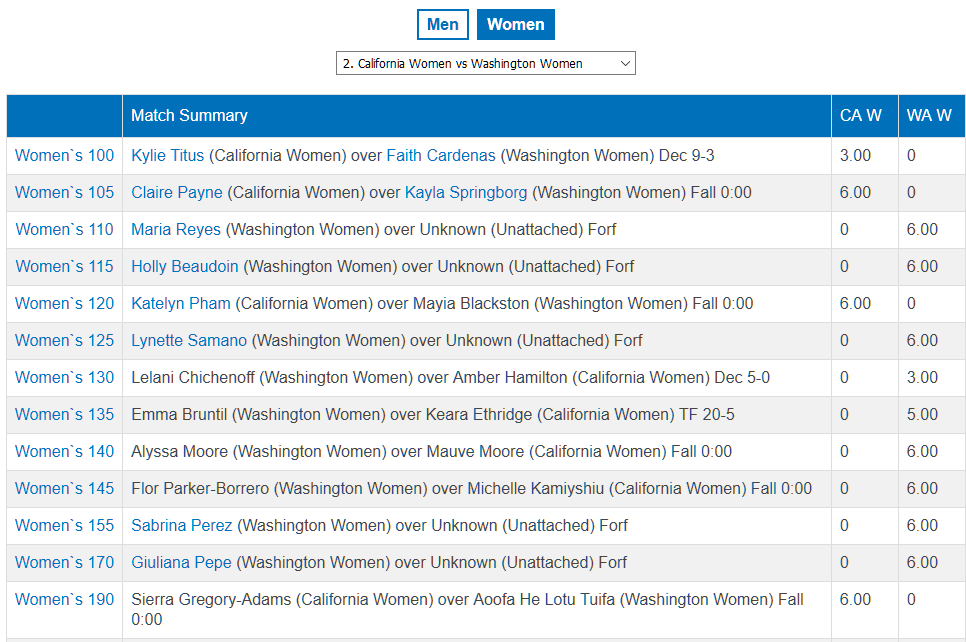 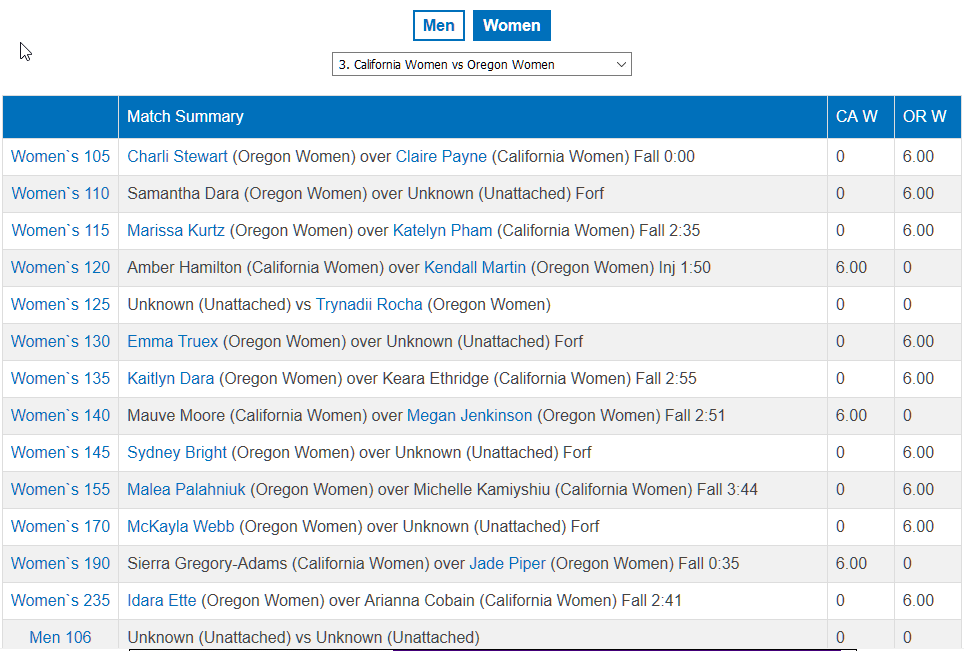