Jeff Blatnick, a longtime figure in MMA as a judge, official and announcer, died after complications from heart surgery at the age of 55.

Blatnick was involved with the UFC from its early days. He was the commentator for UFC 4 through UFC 32, and as UFC commissioner was instrumental in the sport’s evolution into the regulated sport we know today. He stuck with the sport as a well-respected judge.

Nick Lembo, the head of the New Jersey State Athletic Control Board, remembered Blatnick as key to the growth of MMA.

“Jeff will always be a crucial part of the formation and growth of MMA. He was a great judge and even refereed here. Far more than that, he was one of the best men I ever was graced with the pleasure of calling my friend,” Lembo said to Cagewriter.

“I just spoke to him last week when he was appointed as a judge by the State of Washington Commission to officiate December 8 for the UFC on FOX Show,” UFC vice president of regulatory affairs Marc Ratner said via email. “Very sad. He was one of the pioneers of the sport and was there at the very beginning of MMA in 1993. He was involved in formulating the Unified Rules of MMA and was one of the top MMA judges in the world.”

Before Blatnick started with MMA, he was a highly decorated wrestler. He qualified for the Olympic team in 1980, but didn’t compete because of the boycott. In 1982, he was diagnosed with Hodgkins lymphoma. He fought back to make the Olympic team again, and Blatnick won Olympic gold in 1984. Though a return of cancer forced his retirement, he continued to support wrestling as a coach and commentator. 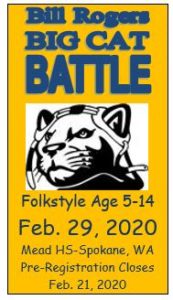